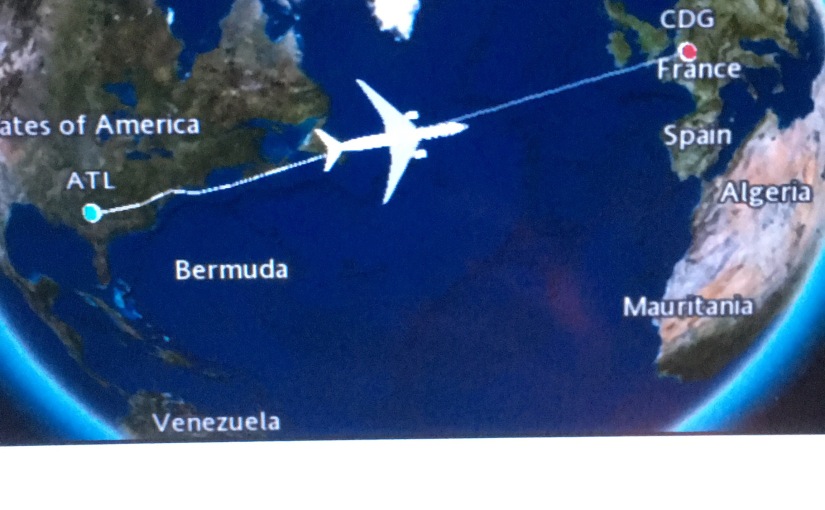 As children in America, we are taught that if you dig a hole in your yard deep enough, you will pop out in China. I now know that if you ever do dig such a hole, and I encourage you to try, two things will happen:

Brew City to The ATL

This week I decided to opt for the frequent flyer miles, instead of the tunneling workout, and I flew to India. I traveled there because one of our great clients hired The Weaponry to film a video of a business in Bangalore. The travel started with a flight from Milwaukee to Atlanta. Which was like a light jog before a marathon. I spent most of the flight talking to my seatmate John, who is a lawyer in Milwaukee. It was social and pleasant and short. It was a flight I have done 100 times before. So John was the highlight of the trip.

I met up with my fellow Weapon, Adam ‘Henry’ Emery in Atlanta. We grabbed some Arby’s, because Mexican food before two long flights had the potential to be a really bad idea. As we ate in the food court at concourse E, we sat next to a group of 60-somethings from Iowa heading to a two-week river cruise in Europe. It made me look forward to party-traveling with our couple friends in another twenty years. When they asked us where we were headed…, actually, they never asked. And when you are headed somewhere really interesting like India, you always notice when people don’t ask.

I washed down my roast beef sandwich with a Malaria medicine chaser. Then we boarded the plane for Paris. My next-seat neighbor looked like he may be Indian, so I was excited to chat him up. Turns out he lived in Warner Robbins, Georgia and was heading to Oslo, Norway for some work with the US Air Force. Oh, and he was originally from Pakistan. (Nice job with the racial profiling Adam!) From here on I will refer to my seat mate as Warner, because I never caught his real name. 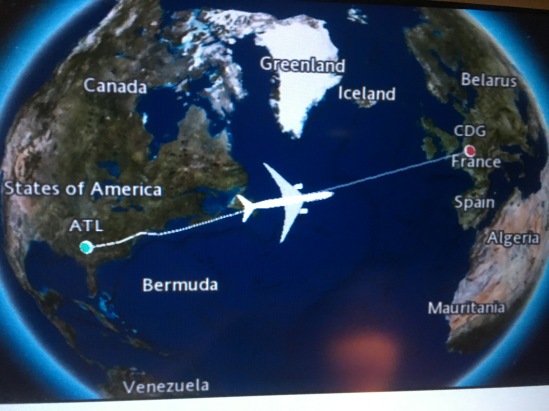 The most noteworthy part of the flight was when we were served breakfast. Well it was breakfast if we acted like we were already in Paris. But in Atlanta it would have been a midnight snack. Moments after the flight attendant placed Warner’s breakfast on his tray and handed him a generous cup of water, Warner spilled his entire cup of water on his crotch.

I don’t know about you, but when I see someone de-planing after an overnight flight with a totally soaked crotch, I assume they suffer from nocturnal bladder control. Warner tried to soak up the water on his tray and nether regions with his blanket. But the damage was done. He was soaking wet in all the wrong places.

Soon the joke was on me.

As I opened my utensil pack, my plastic spoon fell to the ground by our feet. With our seat-back trays now loaded with food and drinks there was no way to retrieve the spoon within the allotted 5 seconds.

Suddenly I had to figure out how to eat my yogurt, and minced fruit cup without a spoon.  So I had to go MacGyver Mode. I found a little package of jelly on my tray. I opened the jelly package, dropped the jelly into my plain yogurt (or is that plane yogurt?) to try to add a little flavor. Then I used the tiny empty plastic jelly dish to scoop out the yogurt and tiny bits of fruit in the fruit cup. Hunger avoided. And just 8.5 hours after takeoff, we were touching down in Paris.

Any time you start your morning in Paris, you know you are going to have an interesting day.  Henry and I got off the plane and had to navigate another security checkpoint. While in line, we spotted the two clients we expected to catch up with in Paris. One was traveling from Boston and the other came from Cincinnati. It’s pretty wild to see people you know on another continent. And after a night with no sleep, it felt surreal. Like Sir Reals-a-lot.

The four of us made it through a highly inefficient security procedure and suddenly had three hours to kill. Our client-friends, Nina and Jake, had access to the Air France lounge, and could each bring a guest. So we got our lounge on.

Now I have traveled a lot. But I have never been any place nicer in an airport than the Air France lounge in Paris. We enjoyed complimentary breakfast and drinks. We lounged in comfortable chairs. Some of us took showers. Others of us worked on our blog and re-applied deodorant.

We were also learning to cope with our newly developed sleep deprivation. Which I enjoy. My favorite thing about being around people suffering from mild sleep deprivation is humor inflation. Thanks to humor inflation, very small bits of mild to moderate humor elicit much larger laughs than they deserve. In these situations my attempts at comedy typically receive greater rewards than they merit. The rest of the world is funnier to me when I haven’t slept much too. It is as close to drunk as I ever get.  And I was laughing it up Paris.

As our departure time neared we grabbed a few extra beverages from the lounge for our flight, and made our way to our gate. It was there that we were told our flight was delayed because of a mechanical issue. I always secretly appreciate these delays. I think they are a sweet gesture from the airline. They say, ‘I know we don’t know each other that well, but we don’t want you to die on our plane.’

The delay was only about 45 minutes long, and we were on our way. The 9.5 hour flight from Paris to Bangalore, India was comfortable and uneventful. I had a window seat and got to see things like Southern Germany, The Austrian Alps, the Black Sea, the Caspian Sea and something that looked like Narcolepsy. 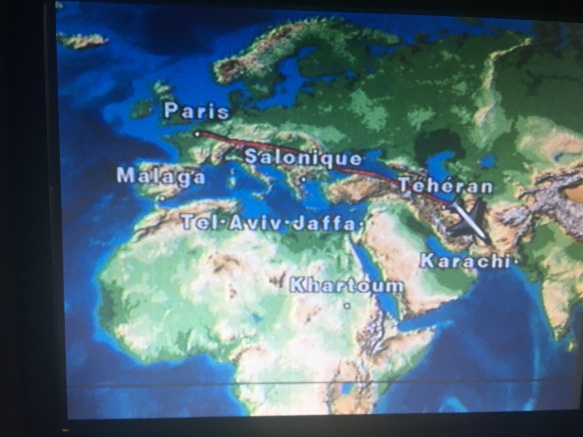 Then we crossed over Syria, Iraq and Iran. I saw much of the tense-est political areas on the globe from 35,000 feet. It all looked like Nevada.

We landed in Bangalore a little after midnight. But the immigration process was very slow and joy-less. This 2-hour slog through immigration in the middle of the night, after 24 hours of travel and spotty sleep would prove to be the low-light of the trip.

At 2:30am local time we made our way to baggage claim, and then outside the airport where drivers in white shirts were gathered like paparazzi trying to get the attention of those of us trying to find our drivers.

Somewhere in the drivers lineup we finally found Alfton, our driver for the week. I actually don’t know what his name is. At such a late hour I remember thinking his name sounded like my Grandpa Alton Albrecht’s with an additional F.  So it may have been Falton, Alfton, Altfon, or Altonf.

As we walked with Alfton to his van we could see the fancy Taj Hotel directly across the street from the airport. This is where we would be staying every night of our trip, other than tonight. This night had sold out before we booked it. So now, at 2:30 am, we had to make a 50 minute drive into the city of Bangalore.

The air travel was an adventure. And it was long. But it really wasn’t that hard. I got enough sleep to keep powered up. Now, with that leg of the journey behind me I was curious to see what India had in store for me. And that is what I will be sharing next.

One thought on “My travel day to the other side of the world.”