We’ve reached the end of February, and across much of the country it is still wintry cold. But the low temperatures don’t bother me. That’s what happens when you grow up in Vermont, where cold air flows thick like maple syrup. Of the four seasons we experienced in Vermont (Summer, Leaf Peeping, Skiing and Mud Season) two of them are predominantly cold. And one is wicked cold.

To warm the chilly air, most homes in Vermont have either a fireplace or a wood burning stove. The two look, work and produce heat differently. Just like people.

The fireplace is by far the more popular of the two. It is written about, sung about, and helps add value to your home. Fireplaces are highly coveted because they look beautiful in action. They are romantic. They create ambiance. And they are the perfect backdrop for showing off both bear skins and bare skins. 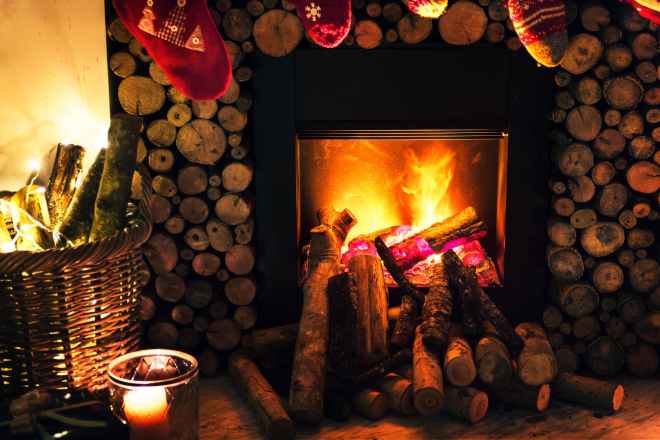 The wood burning stove is far less popular. They are not sexy or romantic. In fact, they are often located in the sensible center of the home, rather than in a cozy family room, living room of master suite. The visible opening to the burning action is relatively small.  Which means there is a lot less to look at, and not much to sing about.

But the wood burning stove has one major advantage over the fireplace: Heat. You see fireplaces are more show and glow than go. They are highly inefficient at heating  anything but the toes next to them and the chimneys above them. In fact, most of the fireplace’s heat escapes up through the chimney, like Andy Dufresne.

On the other hand, the wood burning stove quietly cranks out enough heat to warm your whole house. You can load the stove at night, ignite a hell-strength fire inside, drop the damper like it’s hot, and heat your home all night long. Like Lionel Richie.

The 2 types of employees.

Employees are either fireplaces or wood burning stoves. When you are recruiting staff for your team, don’t get fooled by the bright lights and dancing flames of fireplace people. They talk a good game. They give the illusion of action. They show up and show off in meetings. But they generate very little action on their own. And little to no useable heat.

To create a great team you want to collect as many wood burning stoves as you can get you hands on. (Actually you should keep your hands off of them, and read this post I wrote on Matt Lauer.) You want those people who can create the most heat with the least amount of fuel. People who are more go than show.

Fill your team with people who use their time and energy efficiently. People who don’t need to poked and rolled to come to life. These are the team members who get their work done when no one is watching. They produce surprising amounts of heat. And you don’t need to sit right next to them to benefit from having them on your team.

At my advertising and idea agency, The Weaponry, we are full of wood burning stoves. We have recruited a team of smart, self-starters who put a premium on results. No one needs to be poked, prodded or doused with lighter fluid to get going. A fireplace employee simply wouldn’t survive in our environment.

There are two types of people. Those who put on a good show, and those who generate heat. If you want to assemble or be part of a red-hot team, focus on the quantity of heat produced. Not the dancing flames.

5 thoughts on “Do you create the best kind of heat?”