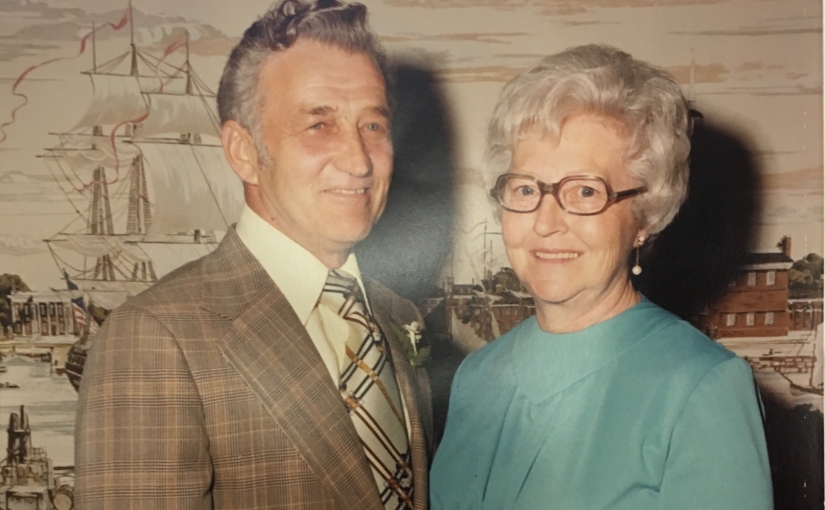 My Grampy, Kenneth Adam Sprau was born in 1916 in Meservey, Iowa. Meservey was a small farm town that mostly consisted of the 12 Sprau children in Grampy’s family, and sounded like someone was trying to say Missouri after too much Wild Turkey. 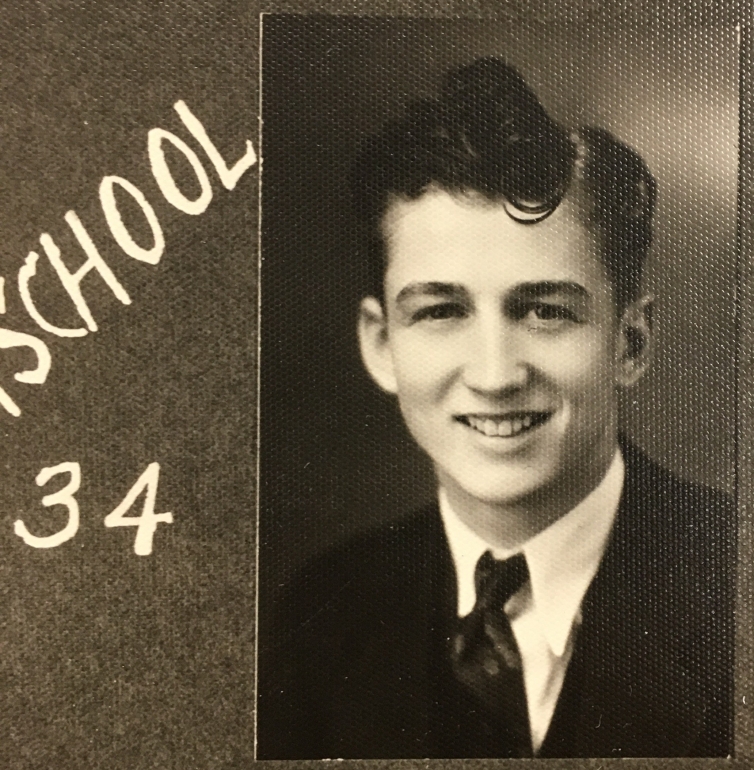 Grampy served in the Navy in the Pacific fleet during World War II. He came home (Thank God), married my Grammy, and they raised 9 kids in Southern, Minnesota. They also raised beef cattle, hogs, corn and soybean. He farmed well into his 80s when they finally decided to retire and move to town.

Over the course of Grampy’s life he saw the world transform in unfathomable ways. When I once commented on all of the change he and my other grandparents had witnessed he said to me, ‘Adam, you could never understand what it was like to be us. We went from horse and buggy to putting a man on the moon.’ Grampy was my witness to the greatest century of change in human history. He also taught me 98% of the swear words I know today.

Grampy was a library of interesting sayings, songs, jokes and poems. Some of it was purely silly. (I’ve got a dog his name is Rover. He is nothing but a pup. He will stand up on his hind legs. If you hold his front legs up.) And some of it was serious and profound.

At a family gathering in Dublin, Ohio, when Grampy was much closer to the end of his 92 years than the beginning, my uncle Jon Sprau asked Grampy to share ‘the poem about the 2 Ships’. I had never heard the 2 Ships poem. And I bet Grampy hadn’t recited the poem in the past couple of decades. But Grampy immediately accessed 2 Ships in the jukebox in his head and performed it for our family.

Here is the poem:

Tis The Set Of The Sail — Or — One Ship Sails East

But to every mind there openeth,

A high soul climbs the highway,

And the low soul gropes the low,

And in between on the misty flats,

The rest drift to and fro.

But to every man there openeth,

A high way and a low,

The way his soul shall go.

By the self-same winds that blow,

‘Tis the set of the sails

And not the gales,

That tells the way we go.

Are the waves of time,

As we journey along through life,

‘Tis the set of the soul,

That determines the goal,

And not the calm or the strife. 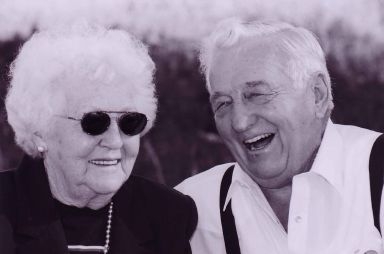 Hearing this poem was one of the most profound moments of my life. Not just because the poem itself is profound, and inspiring. But after Grampy recited the following passage, he broke down in tears:

By the self-same winds that blow,

‘Tis the set of the sails

And not the gales,

That tells the way we go.

When a man who has experienced more than 8-decades of life on a farm, witnessed the greatest evolution in human history, enjoyed more than 60-years of marriage and participated in a worldwide war breaks down while reciting these words, you know these words are important. It was the first and only time in my life I ever saw Grampy cry. And I still think about that moment and that message when making important life decisions.

Tis the set of the sails, and not the gales, that tells the way we go.

*Check out the background image on the featured picture for this post.