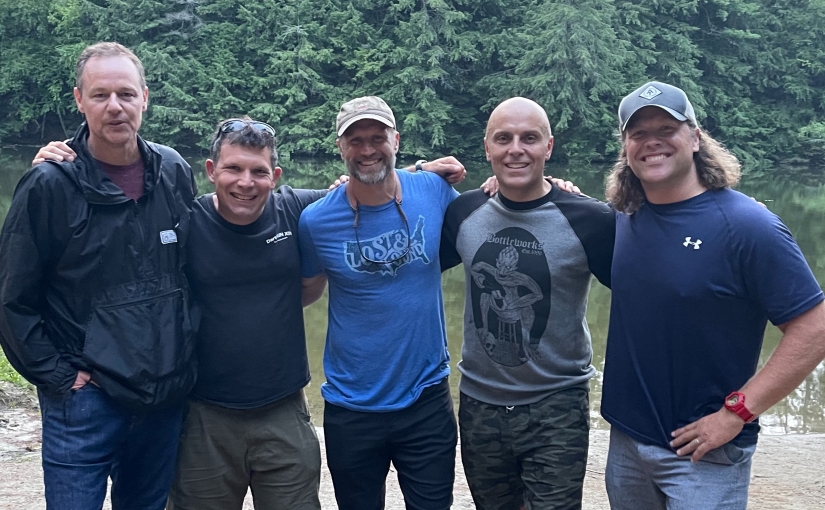 When I was in high school I was part of a few natural groups. I played football and felt like part of the team. I participated in track & field and I felt like I was part of that team too. The track team was far bigger and was co-ed. Which was cool. Both teams offered me a great sense of belonging and contributed to my identity. Although I discovered neither was an acceptable form of identity for the TSA or for most college bars.

When I attended the University of Wisconsin I continued my track and field career. The track team gave me a sense of belonging to a special group. It hit that Goldilocks sweet spot of being bigger than I was alone, which is key, but much smaller than the full student population at UW Madison of 43,000. The track team gave me a social group, an identity, and a support system that prevented me from ever feeling lost in the sea of studentia.

When I started my own advertising and idea agency, The Weaponry, I felt an extreme sense of belonging. Because I created the agency itself, the organization was born with a place for me. But thanks to Thomas Edison, this created a lightbulb moment for me.

What happened as a result of creating The Weaponry was that I realized that I had the power to create my own groups to be part of. So I started reforming social groups from my past that had disbanded because of the time and space continuum.

Getting The Band Back Together

I started with my original peer groups. I helped re-organize my high school football team. I helped pull together the guys from my class who played together. We now have a text group that chirps regularly with hilarity. We have Zoom calls to catch up. Thanks to our re-strengthened connections, we make real efforts to connect in person whenever we can. In fact, I have seen 6 of the guys in person this summer alone. (By alone I mean just during the summer. We weren’t alone. We were actually together.)

Like adding water to orange juice concentrate, I also helped reconstitute my college track team. We now gather every couple of months on Zoom. Those relationships were a huge help in 2020 as we navigated health, financial, racial, and political craziness. Our team offered a trusted and safe space for a diverse family of brothers to discuss important but sensitive topics. We are also jonesing to gather again in person once our latest health crisis is behind us. (Oh, you didn’t know we had a health crisis?)

New Kids On The Block

However, I didn’t simply reform groups I had been part of in the past. I envisioned groups I wished existed. Then I started to create them too. Today, I regularly think about new and nuanced groups to create. Just as a chef considers recipes with new and novel combinations of ingredients, I think about how various people would form an interesting new social group. Then I make it happen. You can do it too. It’s easier and more rewarding than you think.

Social groups are human creations. So create and maintain the groups you want to be part of. If you envision a great new group of humans, make it happen. If you want to recreate a group from the past, reform it. You will be surprised at how interested others are in being included in a social group, new or old. Most people simply don’t know they have the power to make it happen. Now you do.