Being an entrepreneur is like being an astronaut. Not just because they are both weird words. But because both jobs require you to know a little bit about everything. However, no one starts out knowing all the things they need to know. Which means that when you begin your entrepreneurial adventure you start in an uncomfortable, if not vulnerable position. Like astronauts.

When I first launched The Weaponry, my advertising and ideas agency, I was curious to discover which newly-required skill area would test me the most. Accounting? Contract Law? Human Resources? Dry Erase Board Maintenance? But 3 years later there is one skill I find I need to use more than any other. It’s my humanity.

Being a great entrepreneur, first and foremost, requires you to be the best human you can be. Because businesses are not businesses. They are collections of people. To help people be their best you have to listen, understand and care about the issues they are dealing with.

Human challenges regularly get in the way of business. That’s simply a fact of life. Entrepreneurs have to be good at working with those challenges. They come from everywhere. From your clients, employees, contractors, vendors and suppliers. Over the past few years I have had the honor or working through a wide variety of human challenges with my teammates, clients and partners.

Human Challenges I Have Worked Through As An Entrepreneur

Still, the humanity is my favorite part of business. It provides a constant reminder that we are people first and clients, employees and contractors second. We work to live. We don’t live to work. At the end of your career you will be remembered more for how you impacted lives than how you impacted products and services.

Humans are critical to business success. If you want to create a thriving business you should always put the humans in them first. Because you can’t succeed without them. When you show that you care about the human issues that your team, clients and partners are dealing with, those same people will care even more for you and your shared business in return. So remember the Golden Rule. It’s the most golden entrepreneurial lesson I’ve learned so far.

Earlier this week I faced a problem. And the problem was on my face. On Sunday night I noticed that a blood vessel had burst in my left eye. It didn’t hurt me, but it hurt anyone who had to look at me. Unfortunately, my advertising and idea agency, The Weaponry, had a significant first meeting scheduled with a brand new client’s executive team.

Naturally, I was concerned about making an unnaturally gross first impression. So I wrote a blog post called, I have a strange problem I don’t know how to solve. And I want your help. I solicited advice on my best course of action. Readers like you, and maybe including you, offered great feedback.

If you haven’t already read that post, you may want to take a look at it before proceeding with chapter 2. Or you could be a rebel and read them in reverse order. You so crazy…

In addition to writing the blog post, I called Calla Stanford, the Account Leader on the business. I told her about my eye. And then the plot thickened… It turns out that Calla was extremely sick and was about to go see her doctor. UFDA! (Ufda is not a text-cronym. It’s Norwegian for whatever you need it to mean.)

I sent a message to our client explaining that my eye had suddenly gone Red Rum, and that Calla was sick and would not be able to attend the meeting. I inquired about the possibility of moving the meeting. But I added that I was still willing to attend alone, and wear something that would protect their team from my evil eye. Like sunglasses, a grocery bag or a 1920’s dive helmet.

A few minutes later they called to tell me that they were looking for another meeting time. They called back again within the hour to say that it would be weeks before the same team could assemble. So they preferred to proceed with our original meeting time. And they were mentally preparing themselves for Eyemageddon.

I prepared to handle the meeting solo. Meanwhile, helpful friends, family and blog readers were offering great advice. Many people encouraged me to proceed as if there were no problem. Others said call the client to explain the situation and ask them how they want to proceed. Which, of course, is what I did.

However, the most popular advice I received was to proceed with the meeting as planned, but rock an eyepatch to cover up the offending eye. Several people encouraged me to take it one step further and brand the eyepatch with The Weaponry logo. Surprisingly, no one encouraged me to guzzle Visine.

Looking For An Eyepatch

As I was getting ready for work on the morning of the meeting, I asked my wife where we might have an eye patch. She told me to check our 8-year old son Magnus’ room. I went to his room, opened the drawer in his night stand, and within 5 seconds found an eyepatch! Yay! But a minute later, when I tried to put it on, I realized the elastic band was way too small to circumnavigate my head. Boo!

So I went back to the same drawer in Magnus’ room to see if there was any chance that there was another eyepatch that fit a more mature cranium. Sure enough, within 10 seconds of searching I found another eyepatch! And this one was big enough to fit Jack Sparrow’s head after a full day of compliments.

I went to the meeting, solo, as planned. And it was great. I had properly warned them about my issue. I had given them the ability to choose how they wanted to proceed. So there was no surprise. And no disappointment. (That I know of.)

The issue created a great topic of conversation at both the beginning and the end of the meeting. But the eye was a non-issue in between. Instead, we focused on the business at hand. I also positioned myself at the front, on the left side of the room. This meant that the team primarily saw Righty Winksalot, (my nickname for my good eye).

After we wrapped up the business end of the meeting we all gathered for a photo. I always enjoy a good group photo op. But under normal circumstances I would not have taken a pic after a kickoff meeting. But then again, this wasn’t a normal circumstance.

*If you know someone with a bad eye, a nasty rash or simple chronic halitosis, who you think could benefit from this story, please share it with them.

**For those of you paying close attention to the details, the photo used as the featured image for this post was taken as a selfie, using Instagram. Instagram doesn’t un-reverse a reversed image. Therefore it looks like it was my right eye. But it is my left. 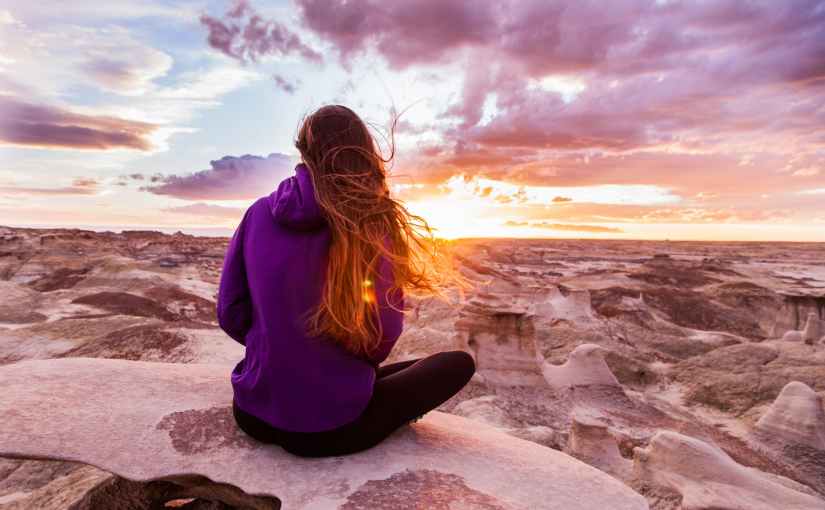 Business is hard. Unlike the natural world of plants, animals, water and minerals, business is not visible. Business is an abstract concept. Sure, a business is officially formed when you file articles of incorporation. But those are just documents. You don’t invite clients to come and look at your filings. You can’t recruit great talent by showing them your government forms. Except maybe the lawyers. God help the lawyers.

Building, focusing and polishing a great business is a conceptual task. It requires things like missions and visions. It requires strategy, positioning and branding. You can’t just throw these items in your cart at Office Depot. You have to create them. You have to pull them out of the ether (or out of your butt), and breathe life into them to make them real.

Whose job is that?

The greatest value my business offers is our ability to see the unseen. We paint pictures and draw maps so that others can see too. We build structure, we articulate thoughts and create unifying stories. The more answers we find the more valuable we become. But the kind of answers we are looking for can’t be googled. We have to create them ourselves.

Professionals often loathe IWKIWISI clients. Those are the people who say I Will Know It When I See It. They can’t tell you exactly what they want. They can’t offer you a great brief. They can’t narrow the options down to 1 or 2.  They need someone else to find the perfect option for them.

I love these types. They need the most help. Like a Sudoku puzzle with very few initial clues, they offer the greatest challenge. But when you solve those most difficult of puzzles, you experience the most satisfying rewards.

Think of young Helen Keller, who couldn’t see or hear. Then along came Anne Sullivan, who developed a system to teach the blind and deaf to learn language and communicate. She unlocked and unleashed the infinite power in Helen Keller’s mind. Who enjoyed the greatest reward as a result, Helen or Anne?

If you have the kind of skills to make the invisible visible or to make the intangible tangible, you can help transform organizations, people and places. If you need those type of people, take comfort in knowing they are out there. And someone knows where you should look to find them.

Ever since I started the advertising and idea agency, The Weaponry, the comment I hear most often is:

It must be nice to be in a position to say “No”.

As employees, most of us feel we don’t have the right to say things like:

There are plenty of benefits to being an employee. But you have to do what the job requires.

However, now that I am a business owner, the ability to say ‘No’ never crosses my mind.  Sure, I’ve heard in-demand artists, actors and musicians talk about being able to say no to opportunities. I know doctors that no longer take new patients (and I kind of hate them for it).

I like having more control over the work my team does. But I approach the opportunity from the opposite direction.

The best thing about owning your own business is being able to say ‘Yes!’  I like to help people as much as I can. So now I say Yes! more than Meg Ryan in the diner scene in When Harry Met Sally. (I’ll have what she’s having).

Thanks for reading. If you found any value in this post please consider subscribing to this blog.